In Latin, ‘Anima’ means soul. Animation is all about giving soul to a character. It is about moving something which cannot move by itself. Time and space play a critical role in animation.

The object of animation could be a 2D painting, a clay statue, a picture of a person/ animal/ thing – just about anything at all.

Animation simulates movement through a series of pictures that have objects in slightly different positions.

How does animation work?

A simple theory known as Persistence of Vision offers an explanation. The Greek astronomer Ptolemy discovered this principle back in 130 AD. If images are flashed before the eye at a speed of at least ten frames per second, the brain thinks it is seeing a single moving image. The number of Frames per Second (or FPS) directly correlates to how smooth the movement appears. If the frame rate is too slow, the motion will look awkward and jerky. If the frame rate is too high, the motion will blur.

Also known as traditional animation, 2D animation involves the creation of a high volume of separate drawings that define a sequence. These drawings are then traced with ink onto transparent celluloid sheets called cel, which are scanned and painted using special application software. These cels are layered on top of each other to create a sequence. The sequence is later edited to synchronize the audio and video content. This technique is widely used in creating characters for animations and cartoon programs. Did you know that a full-length feature film produced using cel animation often requires a million or more drawings to complete?

This technique makes extensive use of animation software programs. 3D objects are constructed using curves or 2D geometric figures. Software programs are used to modify the texture, light and colour of the object surface. Virtual cameras are used to zoom, focus, illuminate and resize the 3D objects. Important frames are developed to regulate the flow of intermediate frames. This technique is commonly used to create animation for television programs, movies and online and console games.

This process of creating 3D characters is similar to the 3D CGI animation technique; however, the techniques differ with respect to the time when the animation effects are introduced. To produce animation effects, sensors from a computer are attached physically to a human being. These sensors help coordinate the real-time movements of the human actor with the movements of a computerized 3D character. This technique is widely used for low-resolution games, Internet characters, live TV performances and special effects for animated movies.

What does it take to be a complete animator?

A good animator should have knowledge of:

Besides, he or she also needs to:

Animation is a booming industry with a wide variety of jobs available.

Animators can work on full-length animation movies, create television commercials, create games for Internet, mobile, PC or consoles (like PlayStation or Xbox), work in the advertising industry or as web designers. The e-learning industry also uses animators and so do fields like medicine, engineering and architecture.

The entertainment industry including movies, TV programs and Special Effects (VFX) for movies or TV is a major employer. A typical animated film requires 700 to 800 animators. Of the 30,000 animation studios around the world, 70 percent have a turnover of US $1 million. India, South Korea, Philippines, Singapore, Japan and China are seeing a deluge of outsourced animation work from across the globe. Indian companies are creating a number of animated films and cartoons for US and European studios.

According to a FICCI-EY report on India’s Media and Entertainment sector-2020, the Indian animation and VFX industry is projected to grow at a CAGR of 18%, touching INR 156 billion in 2021, from INR 95 billion in 2019. The overall M&E sector (TV, Print, Digital media, Filmed entertainment, Animation & VFX, Live events, Online gaming, OOH, media Radio, Music.) grew 9% in 2019 to reach INR1.82 trillion

Multimedia is a seamless integration of multiple media elements like text, graphics, animation, video and audio coupled with the computer’s interactive power. Animation is one of the components of multimedia. Literally, multimedia means ‘multiple media’ – that is, the use of more than one medium of communication. Interactive multimedia is often referred to as ‘rich media’. Multimedia is used in fine arts, entertainment, commercial art, journalism, media, designing and software services. A multimedia specialist is expected to possess technical, analytical as well as creative skills. Some of the key career options within multimedia exist in:

A graphic designer is responsible for the layout and presentation of different types of media (such as a poster, a package or a website), most likely with the use of a graphics software programs such as Adobe Illustrator, Photoshop or InDesign. Elements used in graphic designing include photos, illustrations, shapes, colour, texture, et al. Graphic designers work on creating logos, websites, business cards, advertisements, brochures, hoardings, product packaging, posters, book designs, magazine and newspaper layouts, as well as a vast variety of other communication-related products. Graphic designers need to be creative and up-to-date with the latest trends in the field.

A web designer creates web pages. Web designers use graphic design skills as also tools like Flash, HTML, CSS, etc. With the rapid expansion of the Internet, the demand for skilled web designers is on the upswing and this number is only set to rise in the coming years. The field offers tremendous scope for web designers with cutting-edge skills.

Graphic designers and multimedia specialists – especially those well-versed in software’s such as Adobe Photoshop, CorelDraw, Adobe PageMaker, etc. – have a lot of scope in fields such as Desktop Publishing (DTP), magazines, newspapers and other print media.

An art director oversees the overall ‘look and feel’ of the newspaper, magazine, brochure, etc. while a graphic designer uses technology and software to create the ‘look’ desired by the art director. A cartoonist has knowledge of software’s such as CorelDraw and Photoshop and has good imagination and drawing/ sketching skills. He is responsible for drawing caricatures or other original illustrations for the publication and for putting in colours and brushing up his work on a computer. A page layout artist is a person who can put together all the elements and fit it aesthetically on to the actual page. He or she is the executor who binds it all into a comprehensive whole.

Apart from these profiles, people with knowledge of animation and VFX technologies are required in a bunch of other industries. They are needed in virtual reality/ 3D modeling, e-learning, e-commerce, fashion design, interior design and architecture, jewelry designing, film set designing as well as for developing content for mobile phones.

Visual effects usually involve the integration of live-action footage with Computer Generated Imagery (CGI) or other elements (such as model work). Nearly every movie uses VFX to some extent. The Bahubali franchise (Parts 1 & 2) makes extensive use of VFX to create fictional worlds that look realistic. Television commercials too, often use VFX. The recent Indigo Paints commercial featuring a Zebra riding MS Dhoni bike, uses VFX to communicate the advertising message. 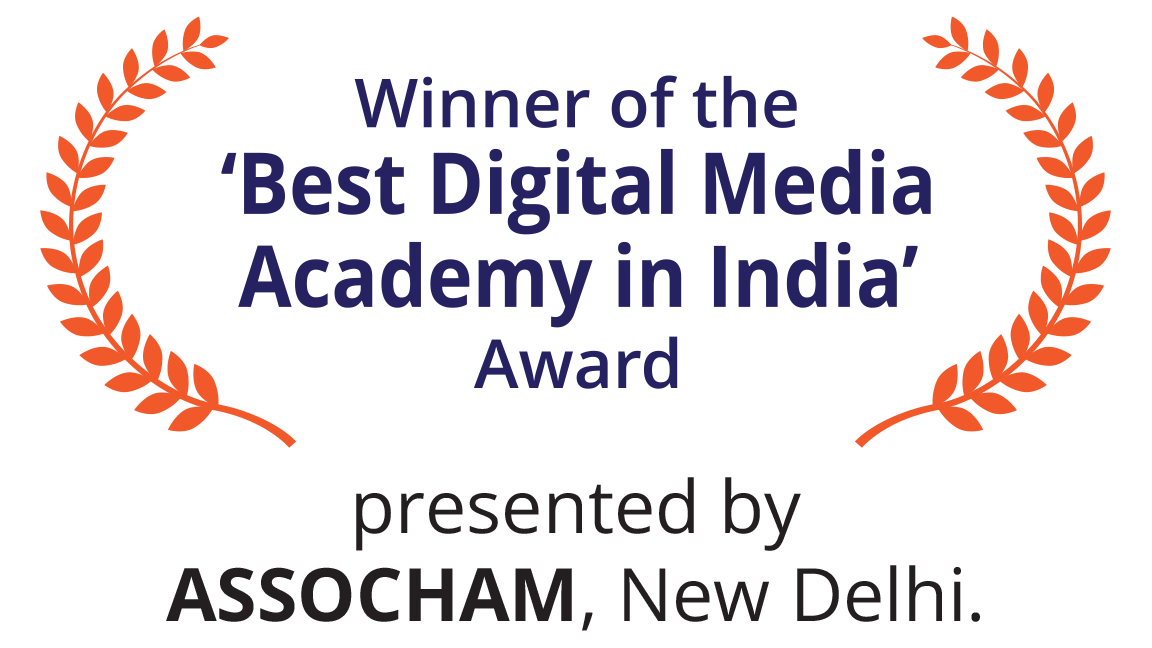 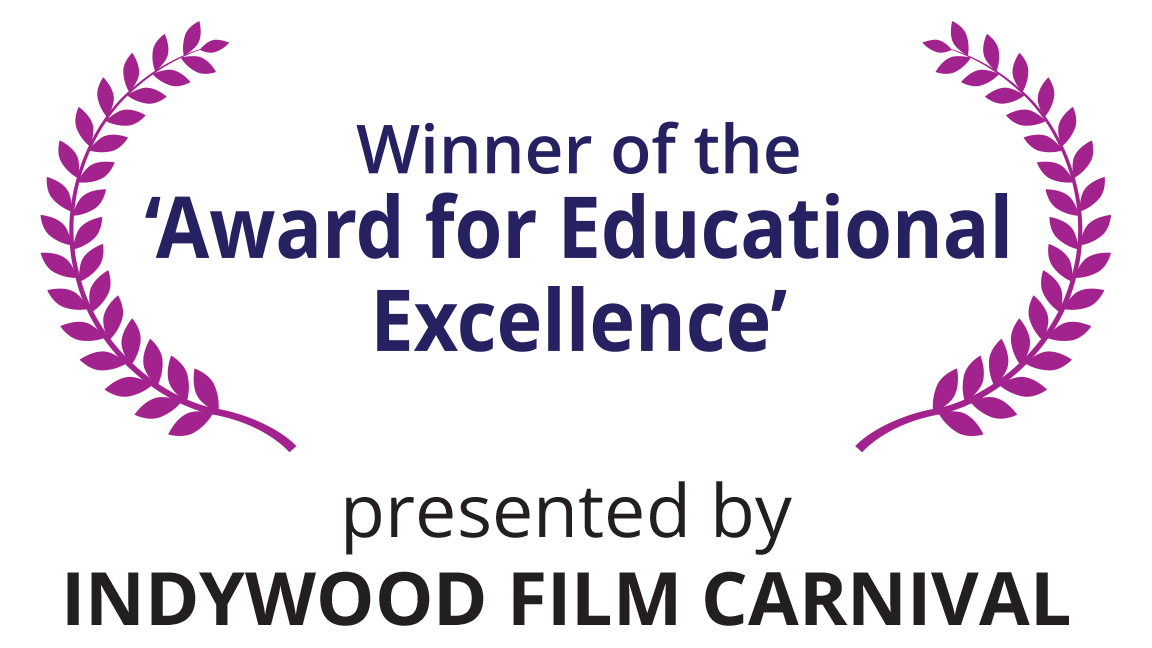 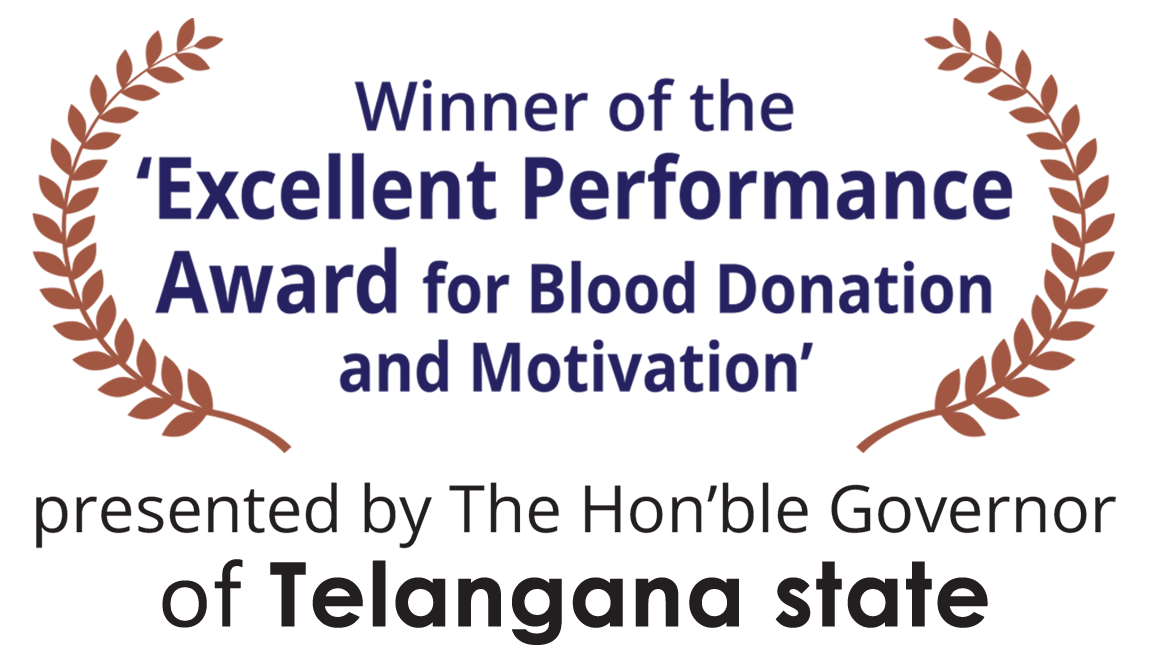 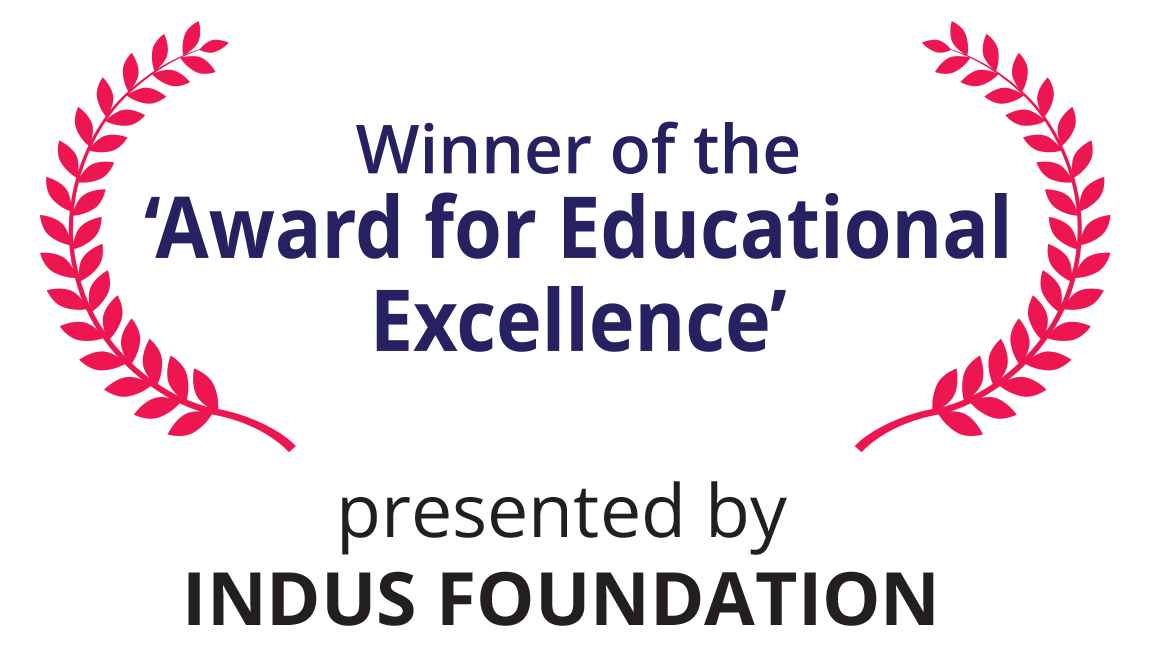 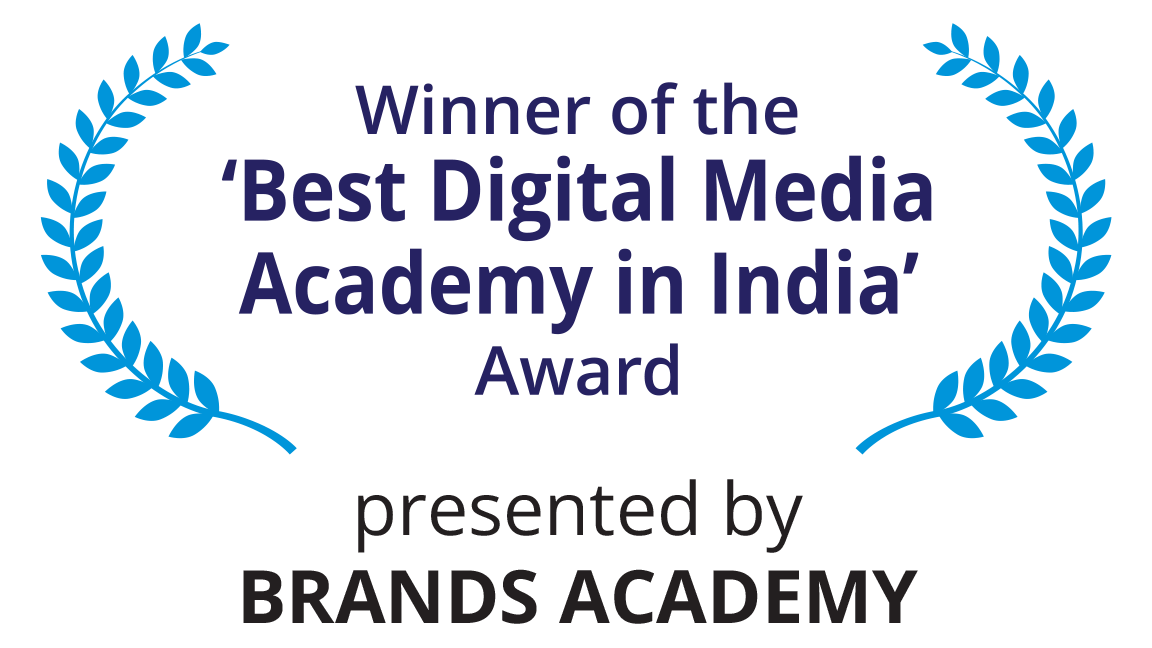 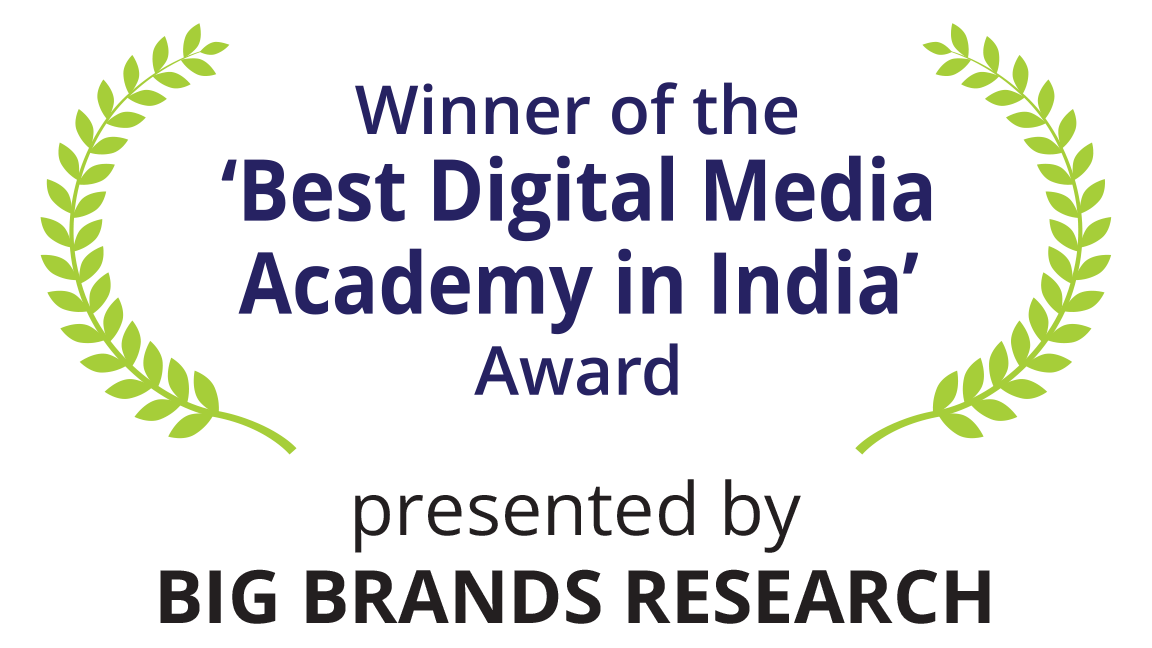